Congratulations to all of our winners. 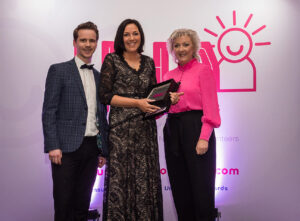 Leigh-Anne’s natural compassion and ability to connect with people make her a truly exceptional Information Manager at Velindre NHS Trust. Not only does she passionately care about meeting the needs of each patient, she also takes time to recognise their families and build trusting, long-lasting relationships with them.

On one occasion, a patient who was due to start an intense course of radiotherapy was deeply concerned about her husband, who was suffering with dementia. He generally became distressed if he was separated from her. The patient was worried that her husband would be left in severe distress in the waiting room while she received her treatment.

Leigh-Anne therefore decided to arrange a meeting with the couple to assess how she could help. She learnt that the patient’s husband loved to spend time walking, as it was one of his favourite pastimes. This instantly helped Leigh- Anne, the patient and her husband develop a meaningful connection, as Leigh-Anne was able to share stories of where she loved to walk her dog and spend time outdoors.

By taking the time to engage with individual patients and give compassionate care, Leigh-Anne symbolises the very ethos of the NHS. 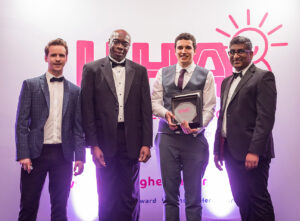 Robert Cox is a Senior Information/Systems Analyst at Calderdale and Huddersfield NHS Foundation Trust, who came to join the department on a one-year placement from Huddersfield University. After impressing his colleagues with his technical know-how, Robert was able to continue to work at the Trust on a part-time basis on his return to university. Robert’s exceptional value to the team was rewarded with a permanent position on completion of his degree.

Robert is without doubt a remarkable and unique individual. His unwavering professionalism and technical brilliance are without question, but it is his modesty and humble attitude that really does set him apart. Robert continually demonstrates his credentials as an outstanding, proactive specialist in his field. 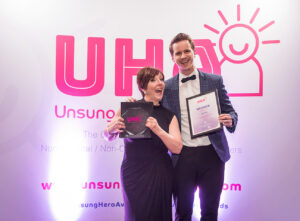 Mandy Bates is a force to be reckoned with. Every day she demonstrates her unwavering work ethic in her role as Housekeeper for the Luton and Dunstable University Hospital NHS Foundation Trust. Despite the demands of a large Emergency Department, no task is too difficult for Mandy. She makes the day to day running of the department smooth and organised, which allows the team to be more productive and efficient. The whole department can be heard groaning when Mandy takes annual leave, which is a testament to just how invaluable she is. 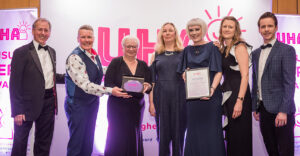 Once the Diversity and Inclusion strategy was approved, it received appropriate investment at all levels, including Board and Trade Unions via the Partnership Steering Group. Ambassadors were established to drive and influence the scheme, as well as raising awareness for staff networks to support LGBT, Disability, BAME and a Diversity Mentor Scheme. This enabled the Trust to achieve the Merseyside and Cheshire Navajo LGBT Chartermark in recognition of its good practice, commitment and knowledge of the specific needs, issues and barriers facing the LGBT community in Merseyside. 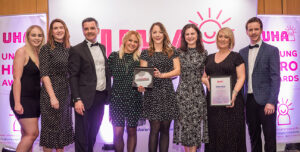 The Communications Team at the North West Ambulance Service NHS Trust have gone above and beyond in their mission to launch engaging, informative campaigns. Not only have they been hugely successful, but they have also brought about effective, positive change for the wellbeing of staff and the general public.

One fitting example is the recent Winter Campaign, which ensured no patient was needlessly waiting for medical assistance during the Winter season. This was executed by making people aware of actions they could take to stay fit and healthy, as well as providing guidance for those who may need additional medical help.

The team did an exceptional job by tailoring their week by week content plan to targeted audiences, using neutral cost activities as much as possible. The team also set out clear details for their ‘Make The Right Call’ Campaign tactic, which challenged the unfortunate abuse that staff can face within the NHS. 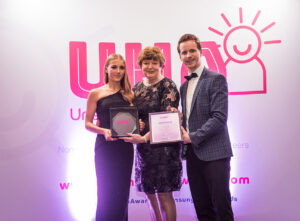 Apprentice of the Year

Rebecca Carlson has just successfully completed her Apprenticeship Scheme at the Newcastle Upon Tyne NHS Foundation Trust. Rebecca has shown immense resilience and loyalty to the Occupational Therapy and Apprenticeship Department, with 100% attendance and a proactive approach to match. She tirelessly promotes Occupational Therapy to patients, parents, visitors and colleagues, and has effectively supported two student work placements. She has also become used to training new members of the team.

Rebecca is a committed, diligent worker with a consistent ‘can do’ attitude, who will do everything she can to actively seek out other members of the team who may need assistance. 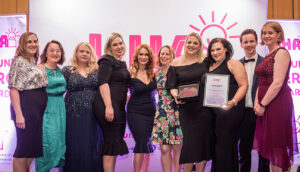 Volunteer of the Year

The Derby Community Parent Programme Volunteers have acted as birthing partners at eleven births, standing by 24/7 for those who are reaching their due dates at the Derbyshire Healthcare NHS Foundation Trust. They have provided tailored, one-to-one support for 30 referrals over the last 6 months and have reached 1,192 parents in the local community. Volunteers also attend regular training, all in their own time.

This type of peer support has proven to be incredibly effective in providing stability for hard-to-reach parents and communities, as well as helping to bridge the gap between expecting parents and the professionals who care for them. 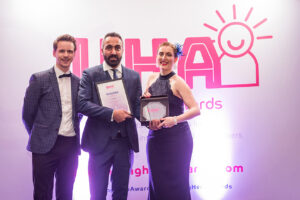 Balraj works within a Medium Secure Forensic Men’s Unit and supervises approximately 20 staff at the West London NHS Trust. He took over this newly built inpatient unit just over three years ago and has successfully managed to maintain the facility to an incredibly high standard. He has also worked hard to complete ESOL training (English for Speakers of Other Languages) which has enabled him to teach and engage with staff more effectively.

Due to his unparalleled commitment, which goes far beyond his dedication to his own role, Balraj takes time to work alongside wards and patients, support staff, and maintain high standards of cleanliness and organisation across the entire unit. All of this works effectively for patients to receive the best possible care available to them. 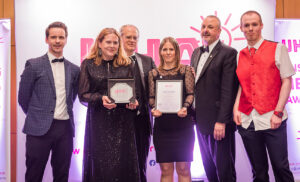 The Project Search Team at the Royal Berkshire NHS Foundation Trust (RBFT) have done fantastic work in transforming the lives of dozens of young autistic adults in helping them find employment after school or college.

Seven years ago, RBFT forged a partnership with a local special needs school, Brookfields Specialist SEN School, as well as Reading College. The aim was to offer structured work placements to students with autism and learning difficulties coming to the end of their education, and provide tangible career progression across a variety of fields.

The partnership fundamentally improved the employment prospects of individuals by providing them with opportunities to demonstrate their skillset. This also encouraged employers to appreciate individual talents rather than focusing on specific disabilities. 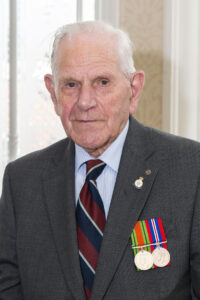 97-year-old Harry Mercer is known as ‘The Volunteering King’ at Northumbria Healthcare NHS Foundation Trust. His story started when he and his wife Betty were asked by his brother-in-law to help raise funds for the Tynemouth Sea Scouts. Since then, they have raised enough money to build the headquarters, which is still used to this day.

Today Harry is a hugely valued and admired member of the Northumbria Healthcare Hospital Volunteering Service. He has been an active volunteer buggy driver at North Tyneside hospital and despite his age, he is still serving his community by meeting and greeting visitors and patients each and every day.

*Unfortunately, Harry died in 2020 from complications associated with Coronavirus. He is very much missed by his family and Northumbria Healthcare NHS Foundation Trust, who will remember his unwavering hard work and dedication to the NHS forever. 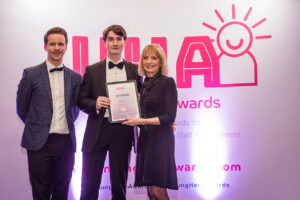 Michael Bryan was eight when his father passed away from Parkinson’s. Some time later, Michael decided to volunteer at the nursing home where his father spent the last year of his life. It was through interacting with people with Parkinson’s that Michael recognised something he had seen in his dad – that whenever he would laugh or smile, it would seem far-off and distant.

After attending a lecture considering the use of AI, Michael realised that he could create an algorithm that would use a database of facial images to find incongruences typical of Parkinson’s. Here he began to develop an app that would serve as a basis for a diagnosis. Since then, Michael has successfully diagnosed just under 1,200 people whilst testing the app in GP clinics with The Royal Bournemouth & Christchurch Hospitals NHS Foundation Trust.