A Night to Remember! A Sponsor Blog by max20

This year, Friday, March 1st was not only St David’s day, but also the 5th Annual, National Awards for Non-Medical NHS Unsung Heroes, 2019. Wow, that is one heck of a title but then it’s one heck of an awards ceremony! 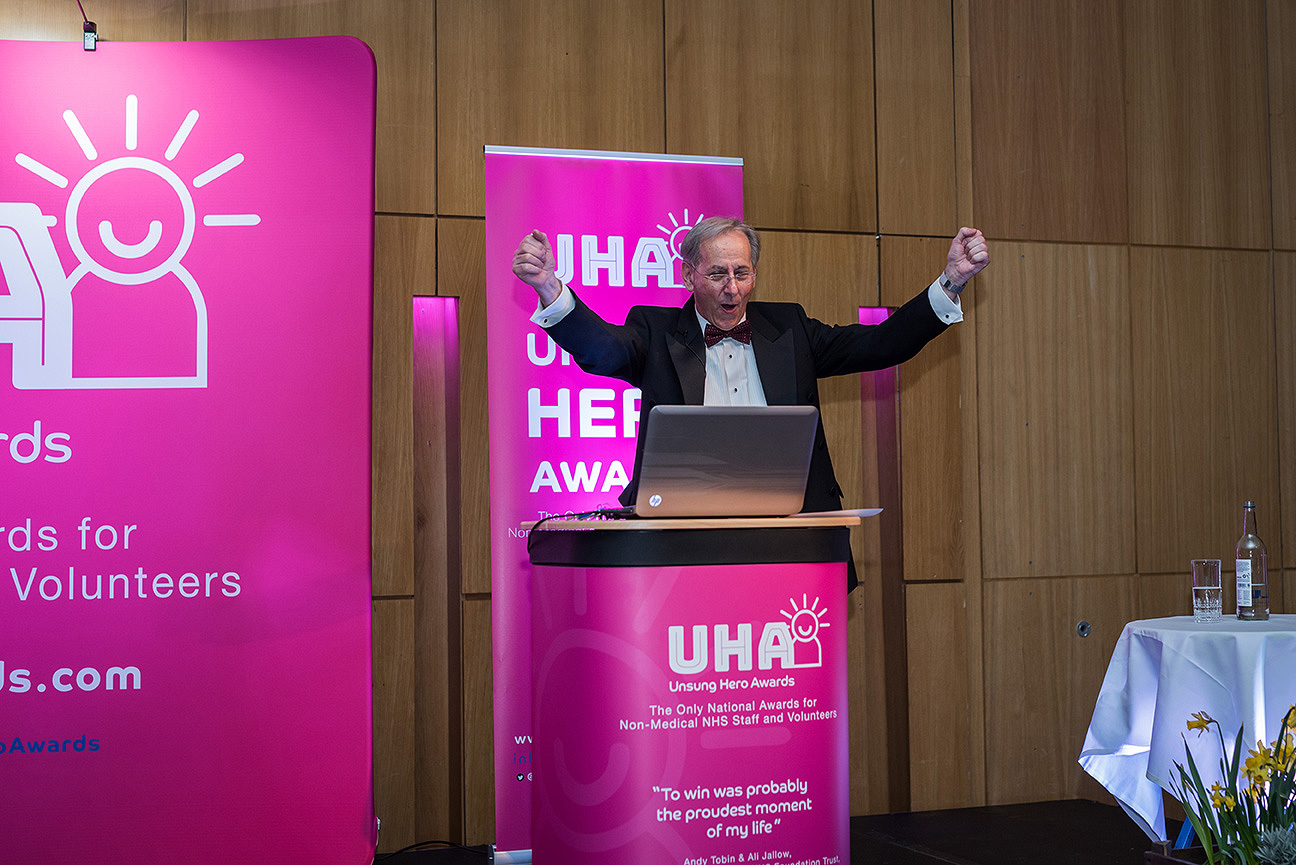 Don Tomlinson, MC of the 2019 awards, opens the night on a high!

This is the only national awards ceremony where we bring together Non-Medical NHS champions from all over the country to celebrate and reward the amazing work done behind the scenes and very often unnoticed.

It’s true that all NHS Trusts throughout the land have their own awards ceremonies, but these tend to focus mainly on the amazing work done by our “front-line” medical staff.  But what about our non-medical “support staff”, which make up nearly 50% of the whole NHS? I am sure you would agree that if the work wasn’t done “behind the scenes” then operations would have to be cancelled, appointments just wouldn’t happen and the situation within the largest employer in the UK would not be very pleasant at all. 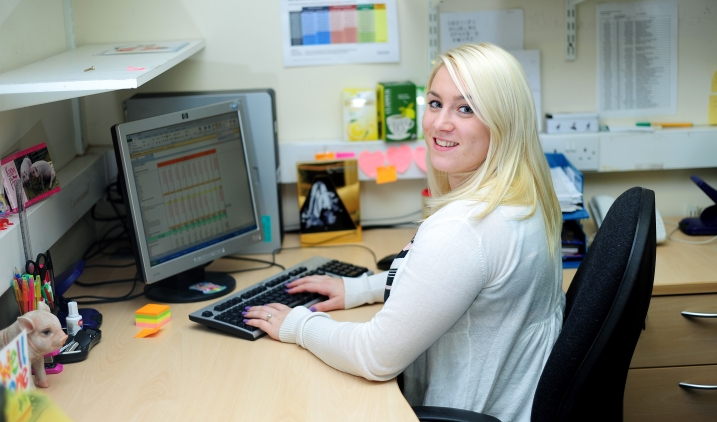 Where would we be if porters were not around to deliver case notes and other valuable documents? Imagine the situation on hospital wards if there were no cleaners to clean, or catering staff to feed patients. These are just a few simple examples which are only the tip of the iceberg. 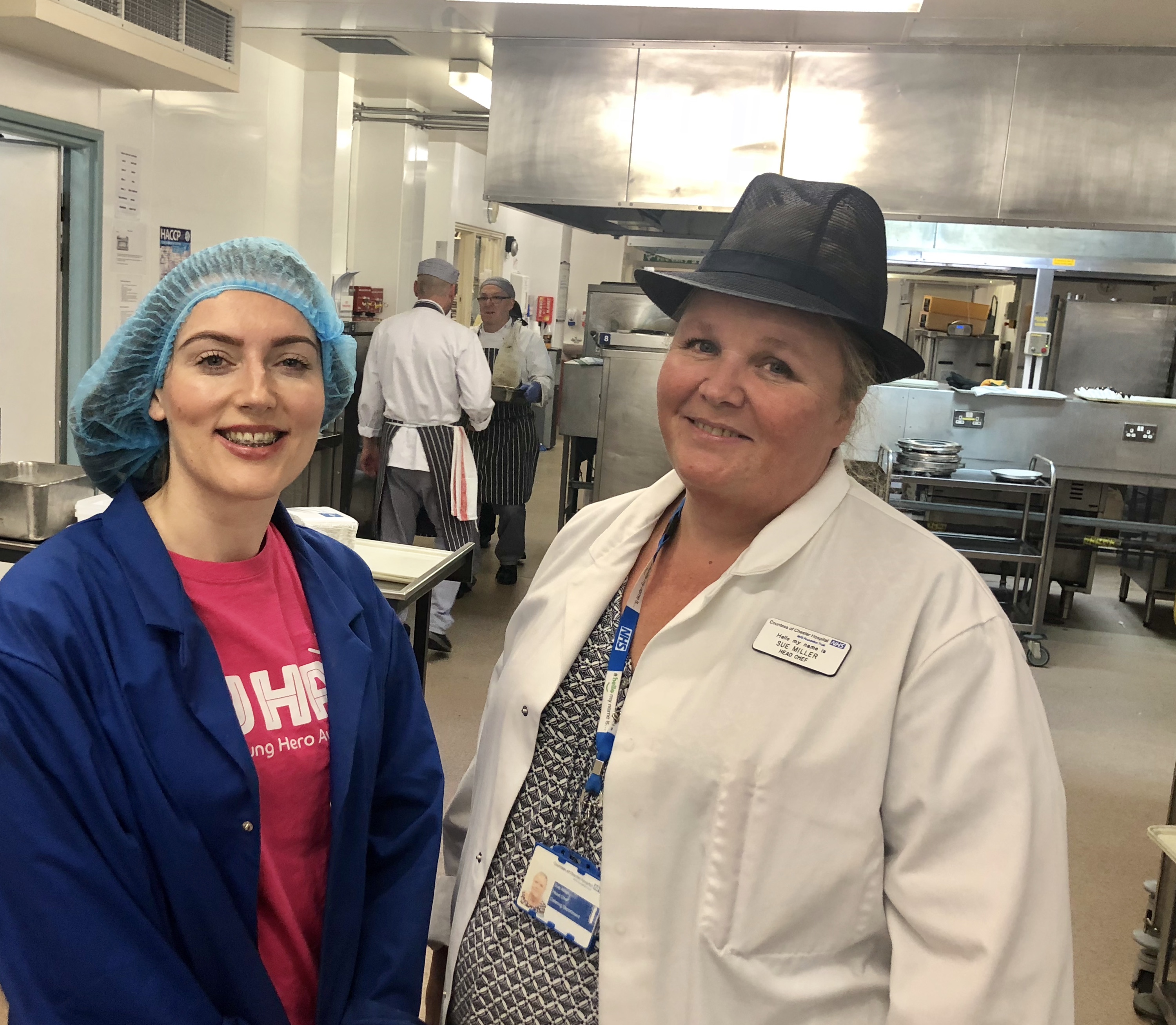 Laura Tomlinson, Relationship Manager at the UHA with Sue Miller, Head Chef at The Countess of Chester

So around 5 years ago we thought it might be a good idea to seek out the game-changers, the champions, the amazing ambassadors who go above and beyond their “day job” and find a way of rewarding and celebrating them and that is the essence of the Unsung Hero Awards. 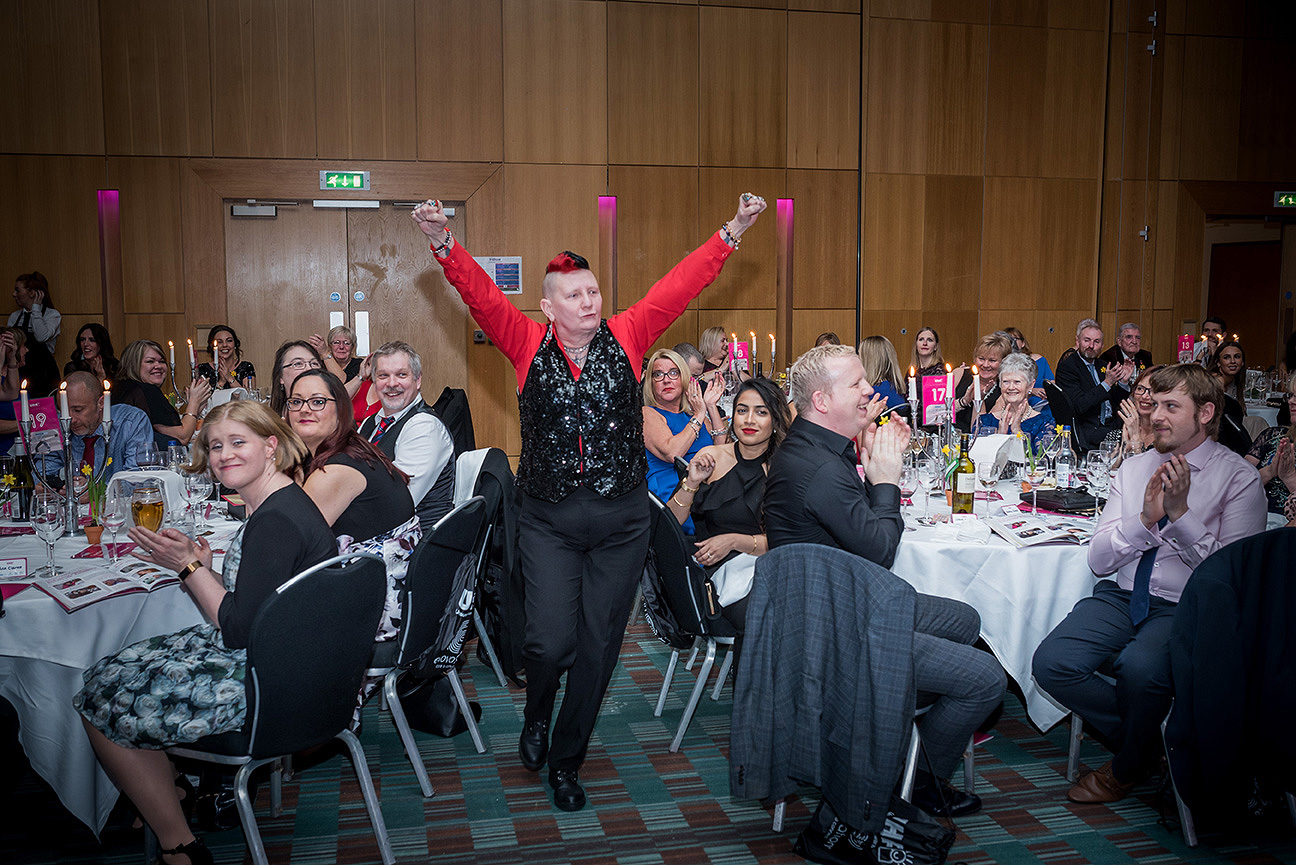 This year max20 were founding sponsors, which meant we could take quite a few of our staff with us and earlier I asked them what their impressions were?  If they spoke to many of the NHS attendees what was the feeling amongst them?  Is the UHA relevant?

Here are just a few of their replies…

“I was genuinely touched by the amount of compassion and appreciation there was in the room, no egos, just everyone was happy to be nominated even if they did not win” – Mandy Hind – Resource Team, max20

“All the NHS staff I spoke to on the night were so happy that Non-Medical / Non-Clinical staff were finally being recognised on such a large scale. Some general feedback was that a lot of thought and preparation had gone into the evening and everyone said they were all keen to get their raffle tickets on the night!” – Sheila Leigh – Business Manager, max20

“It was a good evening and all the people I spoke with said they enjoyed the event and felt genuinely appreciated. Many said it was also a great place to network” – Lorna Kinsey – Business Manager, max20 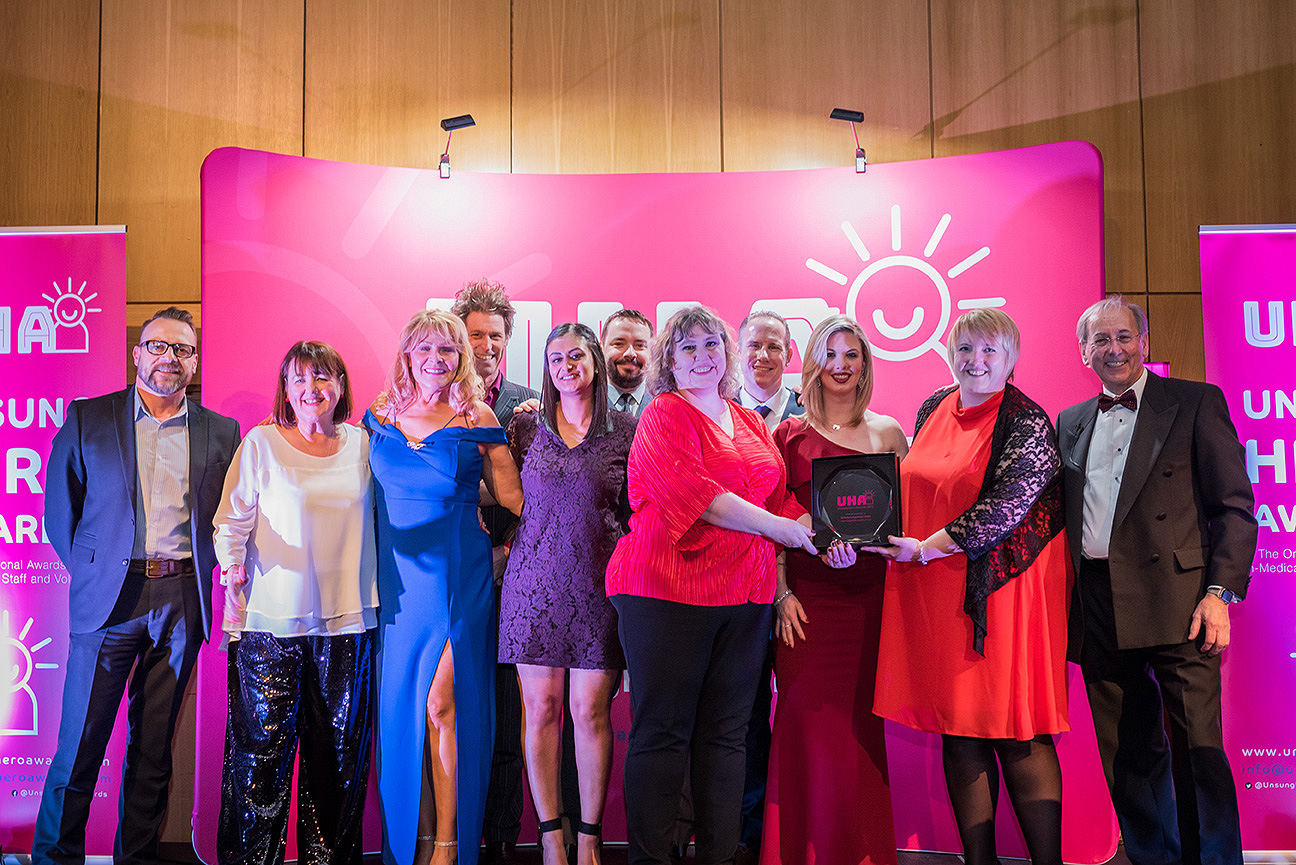 EPR Development Team, Salford Royal, Team of the Year – IT

I have always said that the uniqueness of the Unsung Hero Awards is that it is the only event I know where you find CEO’s, CIO’s and CFO’s sitting side by side with non-medical staff at all grade levels. 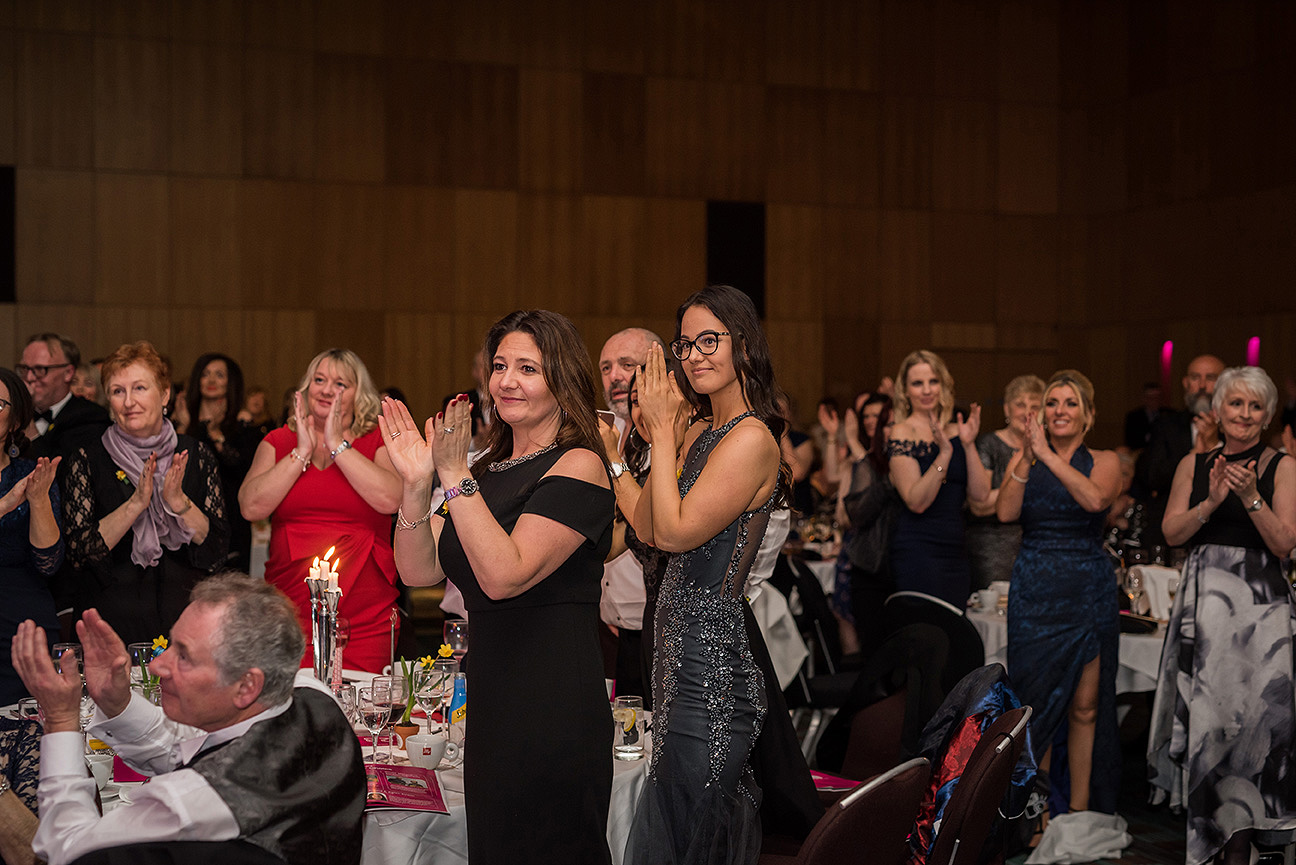 The amazing, humbling and fantastic atmosphere of the awards!

It’s also an amazing, humbling and fantastically fun night as you can see HERE.