Following on from our interview with Gemma Grimes, Head of Employee Relations at University Hospitals of North Midlands NHS Trust, we interview Colin Ogden, our 2021 winner of Volunteer of the Year from North Tees and Hartlepool NHS Foundation Trust. Colin spoke on how Covid-19 changed his driving role, recalled stand-out stories from the many passengers that he has driven to hospital over the years, touched on the inclusion of a Trust-wide ‘Envelope Scheme’ and how he now supports patients in more personal and vulnerable circumstances and the rewarding feeling that this brings.

Hi Colin, you have volunteered for eight years; can you explain how your volunteering role changed during in the Pandemic?

The biggest thing for me was that we were doing so much to keep the Volunteer Driving Service running, with the loss of a lot of our drivers due to shielding and isolating. From making sure everyone had sanitizer, wipes, gloves and masks, to ensuring that all patients were Covid free, we changed procedures to keep drivers safe.

We normally bring in and return outpatients home again, as well as taking patients home from hospital after discharge from their stay. More people were now being told to stay at home and have telephone appointments. This increased the need for medication to be delivered and the drivers stepped up. There was a huge amount of medication that needed delivering during the Pandemic and along with endoscopy parcels we started delivering directly to patients. Laptops and other materials also needed delivering back and forth to staff that had to work from home, we got involved in lots of different types of deliveries. Despite these changes, we managed to keep the service going. Thanks also to the Daily Mail’s campaign on volunteering that also helped with creating renewed interest and new opportunities for volunteer drivers. 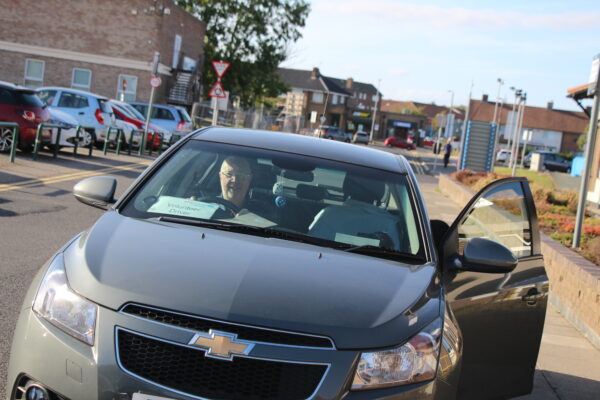 Can you touch on the many duties that you cover as a volunteer driver, and any standout stories?

During the Pandemic we had a take-away in Stockton who prepared hot food, completely free of change around twice a week, which we collected and delivered to staff on the frontline.

In terms of a standout story, fairly early on in my volunteering role I took a lady into hospital that had been recently diagnosed with advanced Cancer. She told me had a six-week holiday booked that she had still gone on, despite her doctor trying to persuade her otherwise. After the holiday finished and she was home, she was immediately operated on, which was a complete success. The journey back home from her follow up appointment was full of joy and happiness, and her jumping around! I even lent her my phone, as she was without one, so she could call all her family and tell them the brilliant news.

Another story would be that I used to pick up two chemotherapy patients, around 40 minutes from the hospital, and we would all chat regularly. From their treatment the ladies had lost a lot of their hair, so they would conceal their heads with scarves. One day they took off their head coverings to show me that they had more hair than I do! I was touched that the ladies felt so comfortable with me to have a laugh about such a delicate thing.

Your nomination mentioned an ‘Envelope Scheme’ where patients can donate to your Trust. Can you explain your key involvement?

One day I took a couple home from hospital who were obviously affluent and they presented me with a considerable amount of money as a tip for a relative short journey. Whilst I initially refused the money, they insisted and in the end I took part of it. I presented this to our then manager and asked how we could donate it to the Trust. As more money was being tipped by patients to our drivers on a regular basis, it started me thinking there must be a way to collect the money and put it to good use in the Trust, and so the Envelope Scheme was born.

We now have envelopes kept in our cars and notices that mention the donation scheme to patients. We give ten envelopes out to new drivers and it’s a way for patients who want to, to ‘give back’ and say ‘thank you’ to the Trust directly. 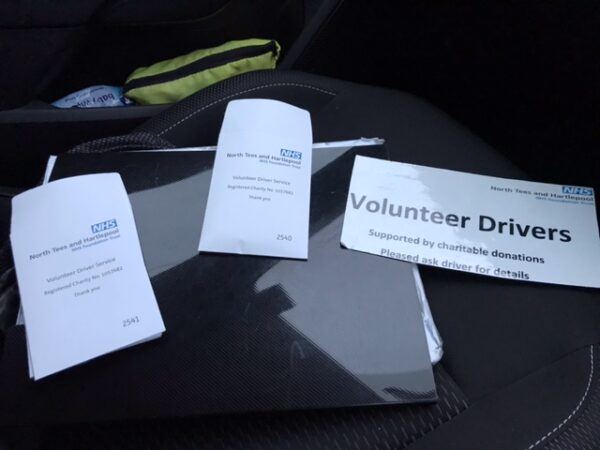 You have now moved on to also supporting Chemotherapy and Haematology Patients. Can you explain what this has meant to you?

I built up a good relationship with the Nurses on the Chemotherapy Ward during my time bringing in many patients for appointments. One day the Sister asked me if I would like to help out on the ward, make cups of tea, sit down and talk to the patients, something Nurses would like more time to do.

I like to give a little banter and I am also happy to receive it back! I also like to help patients feel comfortable and relaxed on the wards, to have a laugh and take their mind off their diagnosis. It also gives me the opportunity to feedback information to Nurses who might not be told everything. For example, a patient who is deeply concerned about there treatment, but might not want to show it. It’s a lovely feeling to volunteer and feel part of a team. 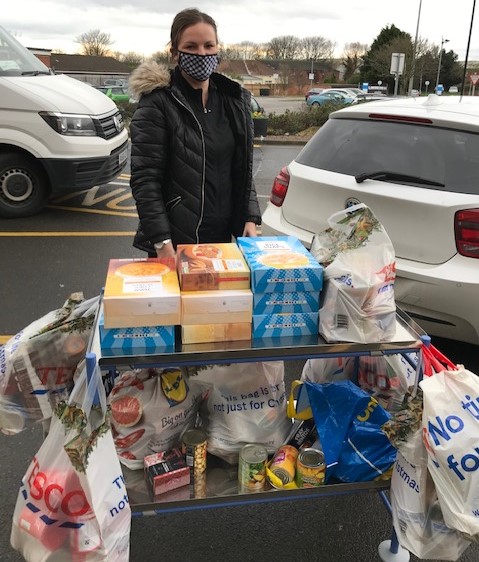 Can you explain more on the Trust implemented Food and Toy Campaign rolled out in 2020?

It was decided to send a newsletter round to all Trust staff highlighting a Food and Toy Campaign. Letting people know to bring in any donations they had and I would collect and deliver to Food Banks, etc. We on the Chemotherapy ward also put a Cash Donation Box out, which was heavily donated to, as was the scheme overall. This happening even though the Hospital was heavily closed off to the public at the time.

We were absolutely blown away that staff and patients had donated so much food, toys, and money across a small ward of only around six staff. We had an enormous number of toys donated from the staff and patients on the Chemotherapy ward in Hartlepool Foundation Trust…it really touched me that people in difficult situations themselves were still thinking of others in vulnerable situations. We are doing it again this year and we have an international store involved in adding additional items for our campaign. The destination for the food and toiletries collected is Hartlepool Food Bank and toys and gifts are delivered to The Salvation Army. 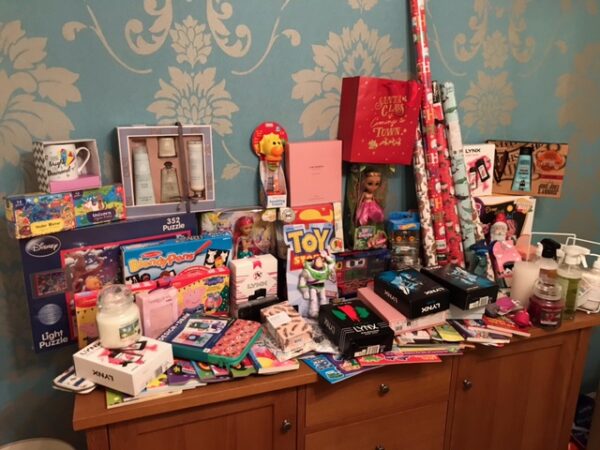 How did it feel to win for Volunteer of The Year at the 2021 Unsung Hero Awards?

It was absolutely wonderful! The Volunteer Drivers have been put forward as a Volunteering team for other Awards in the past and made it to the shortlist, but never won. I don’t see what I do as anything special, but what has been amazing are the staff and patients of the hospital who have seen that I have won an Unsung Hero Award via my local press. The happiness that it’s brought them adds to the wonderful feeling. I’ve even had a local builder recognise me as a winner of an Unsung Hero Award! (I think my sister told him!!)

I say now that I’m no longer an Unsung Hero, as I’ve been sung about. 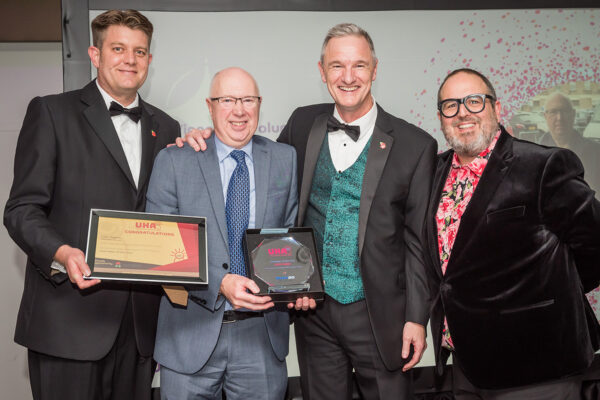