The main value the Unsung Hero Awards holds is the importance of giving back to the Non-Medical and Non-Clinical NHS Volunteers who deserve to be recognised and thanked for all their tireless efforts. 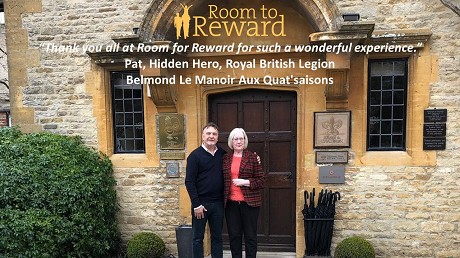 Room to Reward is a charity that also loves to give back to volunteers in all sectors across the UK. Room to Reward partners with hotels across the UK who donate their anticipated unsold rooms to the scheme, and charities and community groups can nominate their Hidden Heroes for a well-earned short break.

Over 500 hotels throughout the UK have joined the initiative to date. Collectively, they have donated in excess of £500,000 worth of breaks in unsold rooms to more than 1,000 inspirational volunteers from over 500 charities and community groups.

The organisation was founded in 2015 by Nicolas Roach, Chairman of Harbour Hotels. His theory was that every Hotel has unsold rooms at certain times of the year and instead of them being left unused, he could turn these assets into a memorable break for someone deserving. 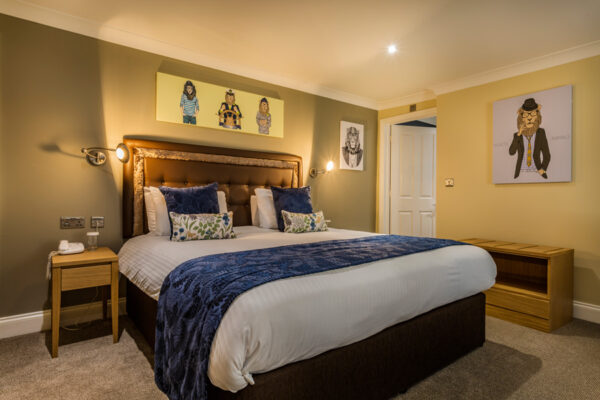 Since then, Room to Reward have come on leaps and bounds in providing hotel rooms to the most deserving volunteers from charities all across the country, such as Bournemouth Hospital Charity, the Royal British Legion and Dorset Children’s Foundation. The charity calls these remarkable individuals their “Hidden Heroes”.

Operations and Marketing Director, Joe Langtree, told us more about the Room to Reward process: “Generally, we leave it up to the nominating charities and community groups to decide who to put forward. We do ask that nominated Hidden Heroes have been volunteering for at least one year and we don’t usually accept nominations for Trustees and those in governing positions.”

“Aside from that, all we ask to hear is how the volunteers have made a difference. How their dedication as a volunteer has impacted the organisation and the people it supports. This means we get a wonderful range of nominations – from front-line care givers and fundraisers, to back of house admin support and I.T. wizards, shop volunteers, to tireless campaigners. We read the nominations as a team and its undoubtedly the highlight of the working week.”

“There are some truly amazing people out there doing extraordinary things for their charities, communities and people in need.”

In most recent news, in light of the Coronavirus pandemic, Room to Reward have announced that they are working with Helpforce; the leading organisation for volunteering in the NHS to co-ordinate support from their hotel partners for those working around the clock to combat the pandemic.

During these times of distress, it’s now more important than ever to recognise these “Hidden Heroes” behind the scenes, both voluntary and paid. We hope the UHA volunteers, past and present, who have been given this wonderful opportunity via our partnership with Room to Reward will enjoy their well-earned rewards when possible. 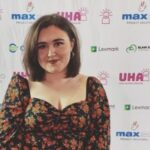