The UHA Bee – making a ‘Buzz’ across the North West….

On Tuesday 8th of June we said “goodbye” temporarily to our mascot at the Unsung Hero Awards (UHA) – our Baby Bee. It flew away to Salford Royal NHS FT, where it will be on display for around the next six months in the main reception. The Bee has long been the symbol of the city of Manchester, and that of our home. Whilst we are a national charity and have recognised Unsung Heroes in the NHS across the UK for the past six years, our founding home is that of Manchester. 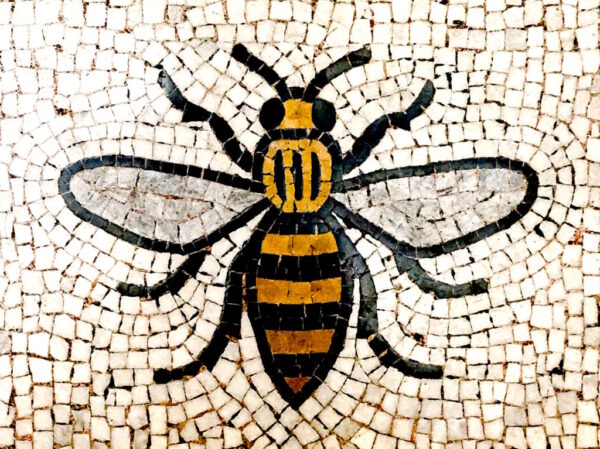 So, when the opportunity arose in 2019 to purchase a baby bee as part of Bee in the City, we jumped at it! We thought we could put the bee to good use, by emphasising the value of Non-Medical / Non-Clinical NHS staff and Volunteers. We set out to find the most fitting creative partner organisation to showcase our vision via the bee.

START, a Salford-based Mental Health charity who use art in a therapeutic and rehabilitative manner, came out on top of our research, and soon enough we were having a consultation with the organisation on how to best decorate the bee. We sat down with members of the START volunteer team and their artists expressed their creative talents onto idea boards and sketches of the bee. 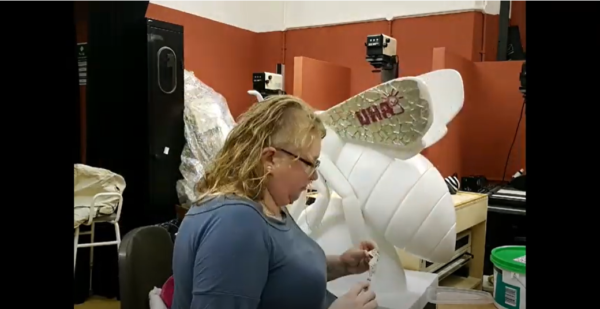 The process came together seamlessly, and it was decided by the artists: Sarah Buckley, Salvatore Pagano, Natalie Hamer and Helen Farrell, under the guidance of Jeni Sadler, the project co-ordinator, they would use a combination of mosaic tiles, calligraphy, hand-painted imagery and airbrushing to give the bee a truly one-of-a-kind look. The idea of hand-painting a working hospital onto the body of the bee, complete with our spiky-haired mascot dotted around the figurative hospital, and a poem that was used in the formative years of the company; really personalised the bee. Whilst at the same time making it poignant and easily relatable to many. 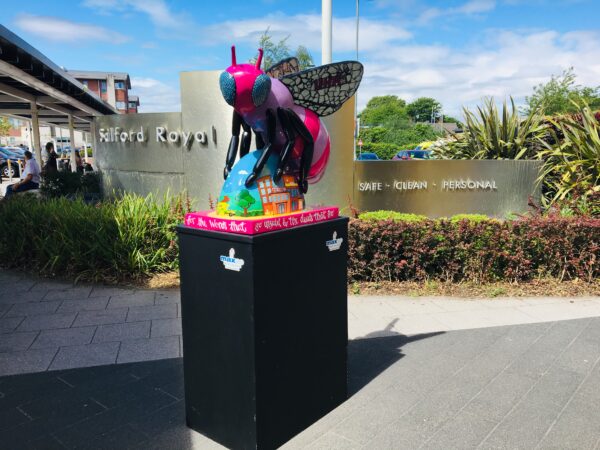 Once completed, not long before our last in-person awards of 2020, the bee was taken to The Hilton Hotel in Manchester to ‘bee’ a feature part of the 2020 Unsung Hero Awards! The bee was placed on its large plinth, showcasing sponsorship by max20 Project Solutions – headline sponsor of the 2020 awards, and was carefully lit from beneath, providing an atmospheric appearance. The bee was a photo opportunity for all in attendance and the artists responsible for creating its eye-catching look were also present on the night. 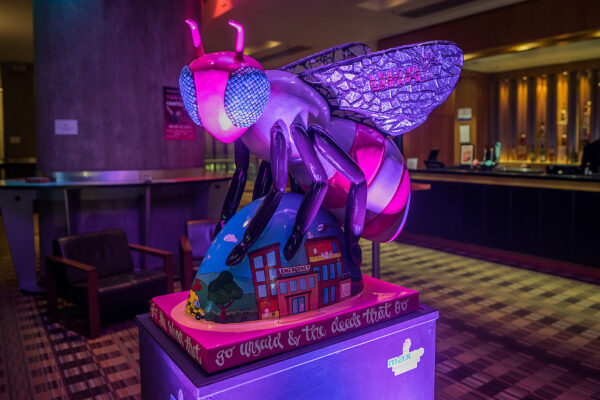 Since the 2020 awards, the bee has remained patiently in the UHA office in central Manchester where it has been kept in pristine condition and used in various UHA photoshoots. However, it was decided in 2021 that the bee should be seen again by the public. It was decided that it was time to let the bee stretch it’s wings and the opportunity was seized upon by Karen Casper, Fundraising Officer for Northcare Charity. Karen liaised with the Estates Department at Salford Royal (one of 8 award categories for the 2021 awards – nominate today!) and in no time the bee was collected by a representative from the hospital and a photoshoot look place on Wednesday 9th June where Karen Casper, front right, Bernadette Conlon, front left, the founder of START, and Laura Tomlinson, back middle, CEO of the Unsung Hero Awards, were all present. 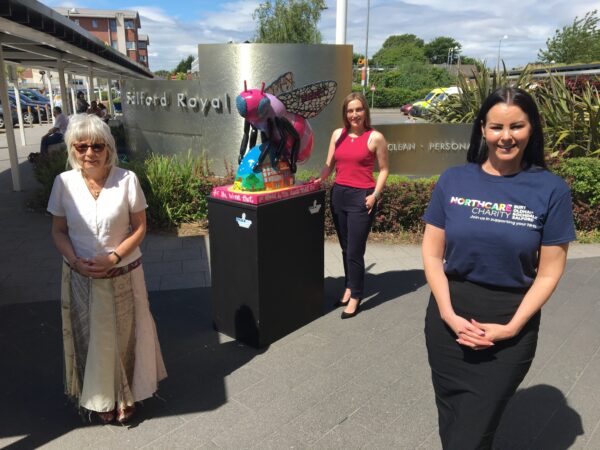 It’s very early days still, but we wish our baby bee all the best at Salford Royal NHS FT and we hope that the bee not only raises smiles and the morale of staff, patients and the public, but also the understanding of the importance of Non-Medical NHS Staff and Volunteers.

If you are interested in having the bee fly on to your Trust in 2022, please contact: hello@unsungheroawards.com.

Don’t forget that nominations for the online 2021 Unsung Hero Awards are open for just under another month (Deadline July 9th). You can nominate for free here: https://www.unsungheroawards.com/nominate/