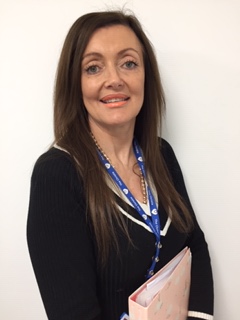 Marguerita Gallagher has worked at The Christie for ten years in the Cancer Information Centre, supporting patients in several areas. Her small team prepares all new patients who are facing hair loss due to treatment. Marguerita and her colleagues will prepare patients for losing not only the hair on their heads, but their eyebrows and eyelashes too. Marguerita states that 98% of females faced with such extensive hair loss report it to be the next most distressing situation to face after a Cancer diagnosis and surgery. In a very real way: these women are losing their identities

In our interview with Marguerita we learn how varied Non-Medical/Non-Clinical roles within the NHS can be. We also came to understand the emotional aspect on all staff of working around patients who are critically ill, and how Marguerita’s commitment is such, that she has cancelled personal appointments and gone into work when on Annual Leave to do a wedding urgently.

How do you prepare a new patient for receiving Non-Medical/Non-Clinical care?

We sign off their payments, we talk to the patients in an informative way and show them our wigs to try on and leave with that day if they want or feel they need to. We introduce them to a makeover programme that is available across Trusts including The Christie. We don’t offer patients medical advice, but we are there to support them for the entirely of their journey. There is nothing we don’t hear, we listen to them and make suggestions where appropriate. Naturally we become very close to many of the patients and try and be there for them, especially when members of their own families are unable to.

How did you become a wedding planner for The Christie?

The Supportive Care Team would often ask me for information and advice regarding weddings and after some time staff agreed that because I spend a considerable amount of time talking to patients and knew many of them, instead of wards organising weddings separately and staff not knowing what to do or where to go, it was suggested that I would do them. The idea was signed off and for the past three years I have been doing my regular job alongside planning The Christie’s weddings.

How does being a wedding planner for The Christie feel?

It’s the most rewarding part of my whole role here. When I am called to speak to a patient about a wedding, it’s somebody’s last wish. It might be that people have been living together for several years because they have children together, they haven’t had the finances to get married, but now decide they want to get married when they face losing their partner. I feel if I can help them to do that then it’s a privilege.

Do you have any stand out stories?

Recently there was a wedding between a young couple where the man was critically ill. He knew what was happening but struggled to communicate due to his stage of illness. They had a little girl and had already planned their wedding. What happened was that his health deteriorated very quickly, and he would have to blink his eye or lightly squeeze a hand to communicate or give consent. I worked closely with the Registrar of another council to provide the correct documents, so the wedding could happen.

I spoke to the couple directly – I held both their hands and I said “today you are going to get married and no cancer can take away that moment from you. Right now, we have only this present time. When your wife to be is saying her vows to you and you are listening to every word that she is saying, don’t let any cancer take that away from you.”

A little tear ran down his face and I knew that he had understood me.

How was that particular wedding?

They got married that same day, their little girl was a bridesmaid. I decorated the conservatory for them. It was my day off actually and I already had appointments booked, such as going to the bank, so I would go to one appointment and then come running over here to do what I had to do until it was done.

I worked alongside the catering department – they were fantastic – they provided a beautiful buffet with some drinks and a cake. We made the room as pleasant as we could for such a hot day at the time. The patient came down in his bed and the wedding took place. It was as nice as it could have been in that moment for them.

At The Christie we are so lucky because the photography team took photos of the couple, so the wife would have some memories. I always like to get a card that simply says, “Our thoughts are with you on your special day”. I also gave their daughter a teddy from The Christie charity shop which acts as a memory for her of the wedding day. The charity was great and made her a little goody bag to take around with her all day. 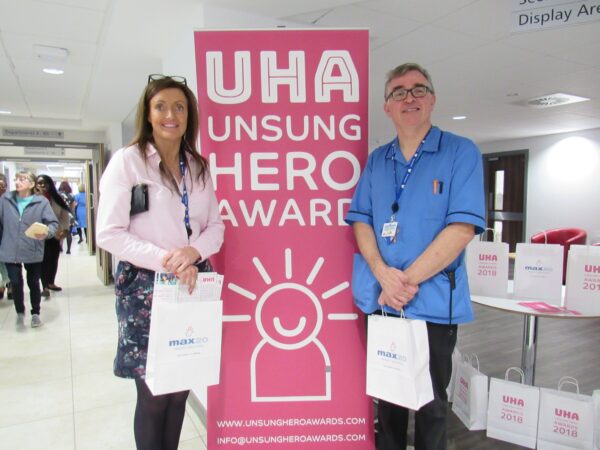 How do you feel after organising and delivering a wedding to terminally ill patients?

Often you keep yourself together and then when you are driving home the tears start. I don’t care what anyone says, if you are a naturally caring person you can’t not feel the emotions that you feel at that moment; but at the time I put it to one side as the most important people are the two people who are getting married.

These are patients at The Christie and we want to give them the happiest ending they can have and if that’s getting married as part of that, that’s all you can do. I know when I leave work as long as I have done my very best for that person in front of me then I can go home, but you still feel sad, you still feel the emotion, but you have still been privileged to be part of a very special moment and been able to help in that time.

Do you feel the Non-Medical/Non-Clinical staff of the NHS receive the recognition they deserve?

In a hospital like ours, the focus is naturally on the great work the clinical staff do, but the non-clinical staff play a really important role too. What makes The Christie so special is that the non-medical staff make such a big effort to give the patients some of the emotional support they need. We are often the people who have the time to get to know patients as people. And I know for sure that the patients I see really do value the roles that both clinical and non-clinical staff play to support them. Just recently I’ve seen the cleaners on their hands and knees cleaning up when someone had been sick. At The Christie, we recognise that everyone has a really important part to play.

Why do you think Non-Medical/Non-Clinical staff also get so close to patients?

Of course, clinics have only got so much time to see patients as it must be managed and organised so that the medical treatment can be given effectively. What’s so wonderful about the Cancer Information Centre is that we are here and can take time talking to patients about the realities of treatment.

We have many patients who have children that want to talk to us because they feel guilty that they can’t do what they used to do with their children. They might not want counselling, they might just need someone they can offload their worries on to.

In what ways has your work influenced you personally?

This job has made me very grateful for what I have in my own life and has changed me completely in what is important in life and what isn’t. I have also learnt so much in this role and have been able to advise patients in times of great need, such as when people don’t have the finances to bury their loved ones.

How do you feel you have developed in your current role?

I feel I have developed most in my current role and feel so comfortable talking to people and listening to their problems. I can’t take away the cancer, I won’t be able to personally take away the pain, but in my role, I can direct you to the right people who can.