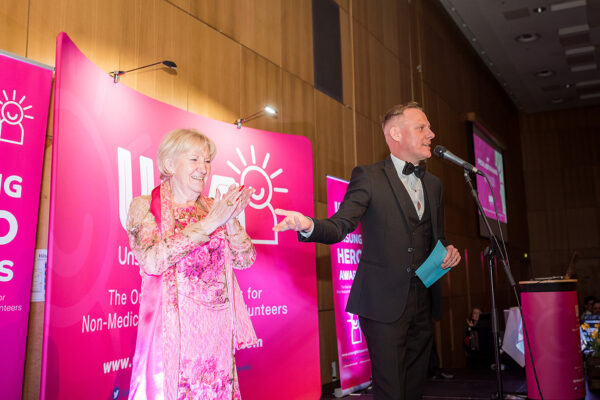 The final point of attraction before another successful Awards wrapped and the Disco and Entertainments began was our first ever UHA raffle! This year we were fortunate to have it presented by Coronation Street Star Antony Cotton,  who also presented the ‘Patient’s Choice Award’ with his mother and past UHA winner, Enid Dunn.

Antony was a hilarious host and had the audience in stitches. The prizes themselves ranged from the modest, such as an outdoors rucksack and Limited-Edition bottle of whisky, to the more fancy, such as a Medical Grade at home Teeth Whitening Kit and a trip to The Shard in London with a five-star meal for two afterwards. The latter prize was given by our generous 2019 Sponsor Reed. 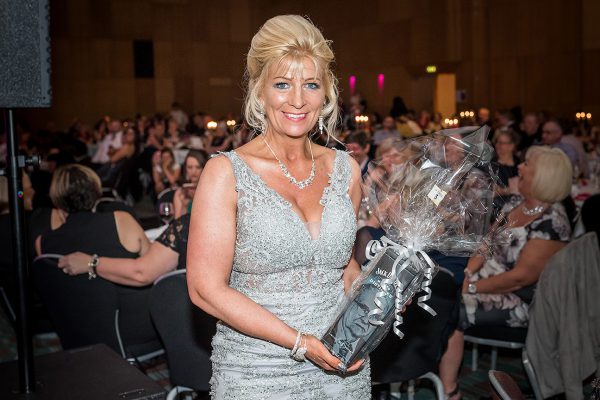 Once the prizes had been handed out and the lights dimmed a tad more, it was time for ‘Neckem Entertainment’ to start blasting the tunes and getting feet up on the dance floor, which didn’t take long! As people moved and danced around enjoyably to the music and celebrated the reminder of the night away, the celebrations continued in the bar with a Magic Mirror and drinks flowing till the early hours. 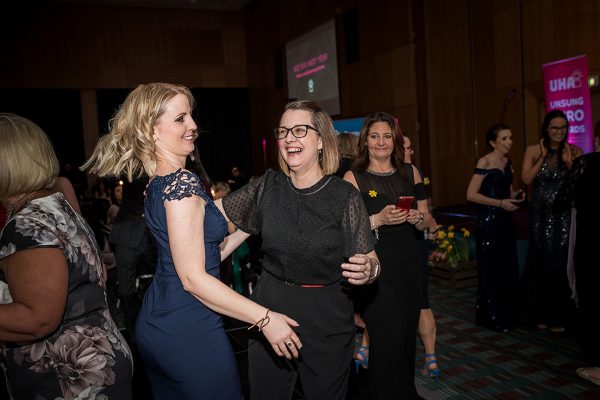 As the night drew to a close it was reminiscent of the 2018 Awards to see plenty of attendees still sat in their seats, or stood in the bar area, chatting and laughing animatedly and by all accounts looking as comfortable as the atmosphere which had been created night long. A night which we hope will live on in the hearts and minds of all those who attended, winners or otherwise. A night which could not have been made possible without the help and support of our Sponsors and Partners, or without the hundreds of wonderful nominations submitted. 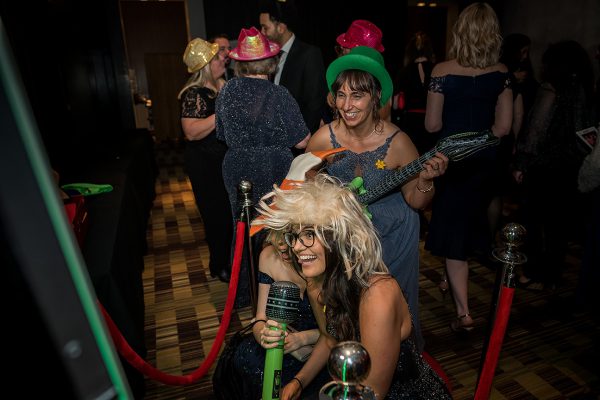 The night was captured beautifully from beginning to end by talented photographer Martin Hambleton, and the photos can be viewed here. We look forward to doing it over again, bigger and better, in 2020.

From all of us at the UHA: we know that an Unsung Hero lies in you!